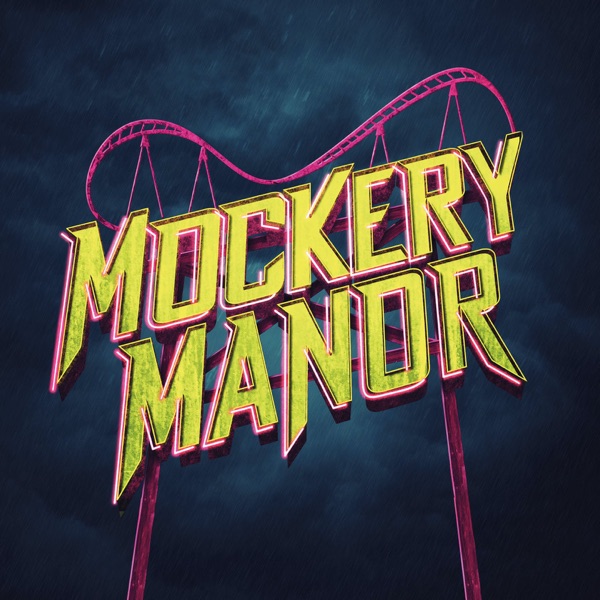 British Podcast Awards 2020 'Best Fiction' Nominee. Season One - Summer, 1989. Mockery Manor's new staff have moved into the on-site lake house, ready for the re-opening of Britain's most eccentric theme park. It's a teen dream of a job (as long as you've never seen Friday the 13th), and eighteen year old twins JJ and Bette are determined to leave a difficult year behind them and have a summer straight from the movies... if they don't kill each other first. But something's happening at the park. People keep going missing, and JJ has a horrible feeling the screams she heard in the scare maze were more than just a frightened guest. And why is feline park mascot Mr Crackles stained with blood? Season Two - Three years have passed since the grisly events of Season One, and Mockery Manor’s new assistant manager Parker receives an unexpected phone call from Tokyo. JJ has fallen in with a bad crowd and needs help. What better place for her to lay low than Mockery Manor’s sister park, Dunkelschloss - a magical land of fairy tales in the heart of the Black Forest. But as JJ knows, the past never stays buried, and it’s only a matter of time before she has to face her demons. Mockery Manor is a full-cast production best enjoyed using headphones.