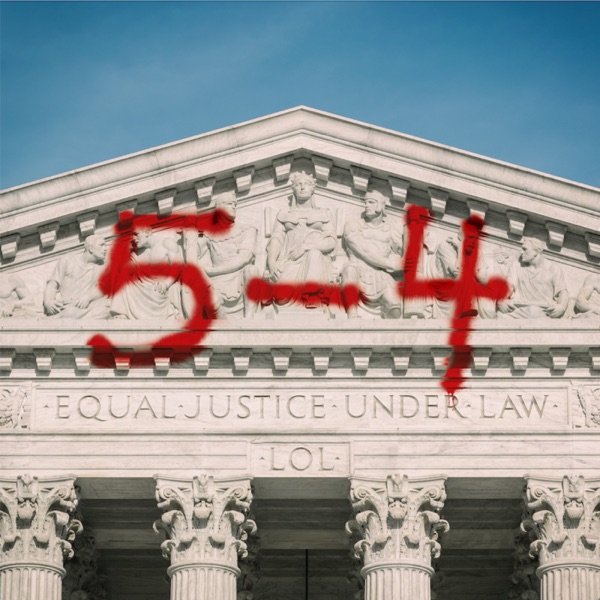 5-4 is a podcast about how much the Supreme Court sucks. It's a progressive and occasionally profane take on the ideological battles at the heart of the Court's most important landmark cases; an irreverent tour of all the ways in which the law is shaped by politics.
Subscribe to our access our premium episodes & much more at fivefourpod.com/support
Listen each week as hosts Peter, Michael, and Rhiannon dismantle the Justices’ legal reasoning on hot-button issues like affirmative action, gun rights, and campaign finance, and use dark humor to reveal the high court's biases. Presented by Slow Burn co-creator Leon Neyfakh, and hosted by Rhiannon Hamam, Peter Shamshiri, and Michael Morbius. 5-4 is a production of Prologue Projects.