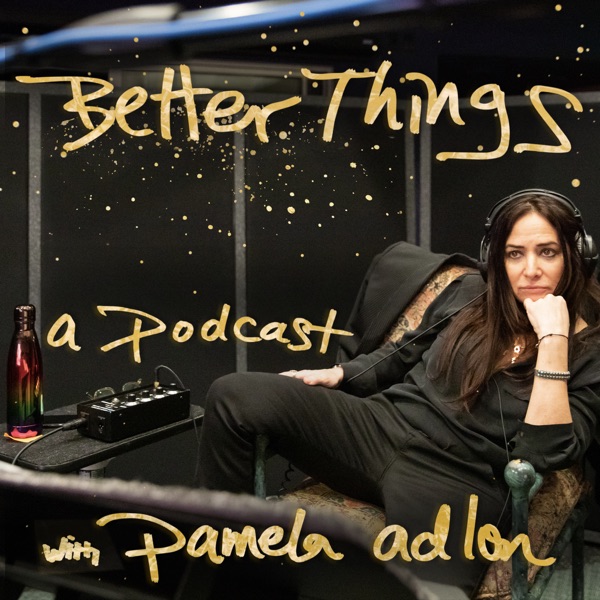 Pamela Adlon, Emmy Award-winning creator, actor, writer, producer, and director, finally has her own podcast to explore the people and topics that inspire and light her up. Pamela will host special guests from all walks of life, and deep dive into their hidden dimensions – their journeys, their passions, what drives them, memories that stick, turning points in their lives, childhood nostalgia, and visions for the future. In this season, Pamela breaks down the making of the fifth and final season of her critically acclaimed, award-winning series, Better Things. Take a peek into the creative process of a woman who at 50, started writing, directing, showrunning, and starring in her own TV show. Featuring guest stars, cast, and collaborators from the series. For all the fans of the show, this is the moment you’ve been waiting for. An inside look at each episode of the finale season, straight from the horse’s (Pamela’s) mouth.