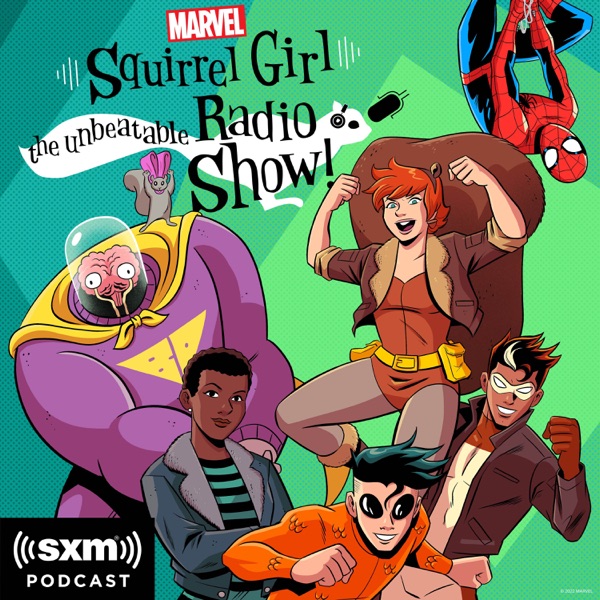 Squirrel Girl has taken down Thanos and Doctor Doom – but now she faces something far more terrifying… living authentically. Empire State University college student, Doreen Green, has recently been outed as a Super Hero – The Unbeatable Squirrel Girl! Hoping to unify her personas in the public eye, Squirrel Girl has created a new student radio show on ESU’s own college station. With the help of her best girl-friend, Nancy Whitehead as producer, and her best squirrel-friend, Tippy-Toe in the booth; Doreen is ready to help people more people than ever with her greatest Super Hero advice. And when the going get rough, she can always lean on her heroic friends: Iron Man, Spider-Man, Chipmunk Hunk, Koi Boi and Brain Drain.

However, with a call-in show comes caller anonymity and not all the folks on the line want help – some want to crime – and crime hard! When a suspicious caller, wreaks havoc on New York City, Squirrel Girl and her friends will have to put their heroics to the test and prove that once and for all Doreen Green is the UNBEATABLE Squirrel Girl. It’s time to kick butts, and eat nuts!