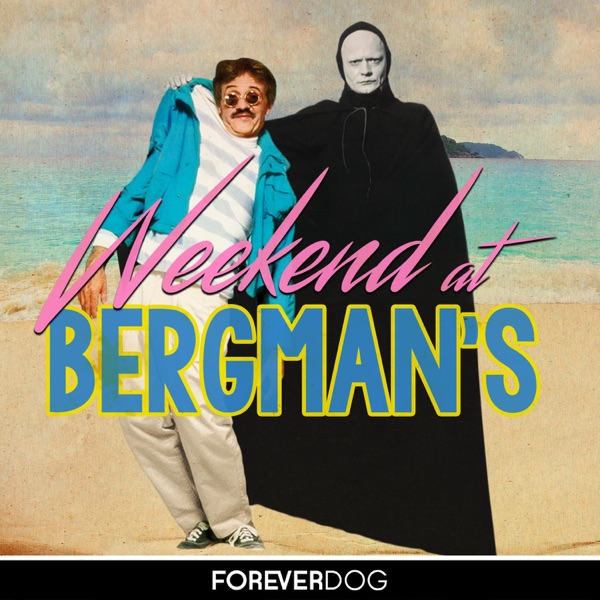 Some movies are arthouse masterpieces. Other movies are mainstream popcorn crap. And sometimes the crap turns out to be art and the art turns out to be crap. That’s what's great about movies. To quote Gary Sinise in The Cremaster Cycle, “Movies are like a box of mysteries. You never know what you're gonna get baby!” Each Friday on Weekend at Bergman’s, Forever Dog co-founders and movie lovers Brett Boham and Joe Cilio watch two movies - one from the arthouse and one from the mainstream - and pit them against each other in a fight to the death. Brett and Joe debate what makes the movies good and what makes them bad. They watch scenes. They present research. They solicit listener feedback. And at last, they decide which movie is The Better Movie and reward it with a place in the Canon. Meanwhile the Other Movie is tossed into the bottomless Trash Canon and Brett and Joe are never allowed to watch it again for the rest of their lives. That's the agreement they made. That's what's at stake. So what's it gonna be? The Seventh Seal or Weekend at Bernie’s? In the Mood for Love or She’s Out of My League? Jeanne Dielman, 23, quai du Commerce, 1080 Bruxelles or Die Hard? Which movies survive and which meet their demise? Listen to find out. Produced by the Forever Dog Podcast Network.