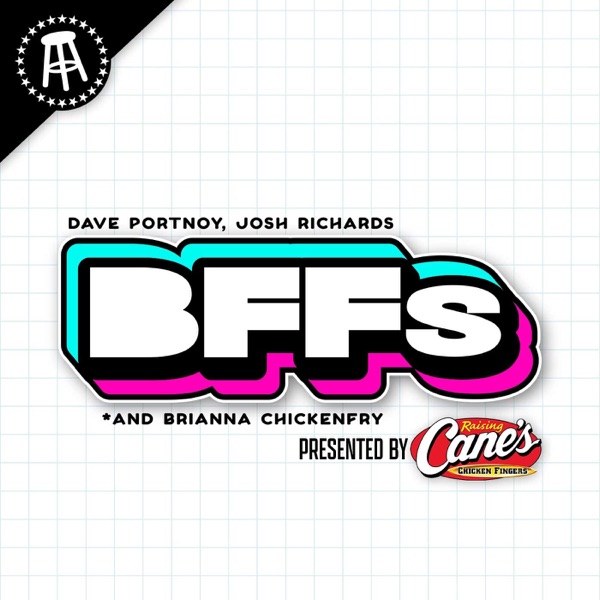 The unlikely trio of Josh Richards, Dave Portnoy & Brianna Chickenfry team up to talk all things pop culture, celebrities, influencers & TikTok. You never know what to expect from this trio from breaking entertainment news to generational differences they’re sure to make you laugh while keeping you up to date.

You can find every episode of this show on Apple Podcasts, Spotify or YouTube. Prime Members can listen ad-free on Amazon Music. For more, visit barstool.link/bffspod